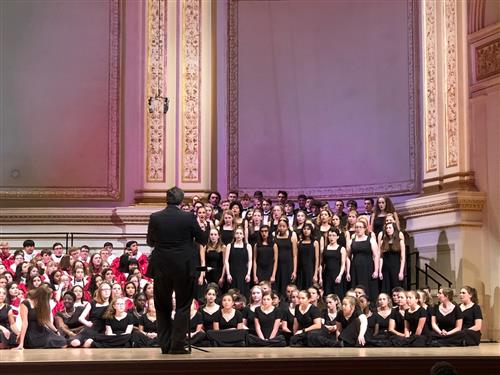 The Amherst Concert Chorale was part of a high magnitude music education experience that was capped off with a ensemble choir event in Carnegie Hall.

Amherst Central High School Concert Chorale students and Justin Pomietlarz, director of choral activities, spent the latter portion of April break in New York City in a series of workshops and rehearsals at CUNY Queens College as part of the Choirs of America Nationals for Top Choirs.

The event culminated in a concert at Carnegie Hall where the Chorale was featured on a solo piece, “Let My Love Be Heard” by Jake Runestad. Composer and conductor Z. Randall Stroope led the large ensembles, including the world-premiere grand finale, “Seven Glories of the Seven Stars” for antiphonal double choir.

Students also attended performances of “Come From Away” on Broadway, “Traviata” at the Metropolitan Opera, and a performance featuring documentarian Ken Burns with Wynton Marsalis and the Lincoln Center Jazz Orchestra at Jazz at Lincoln Center.

Many thanks to our chaperones Mr. Pendrak, Mr. Burger, Ms. Fordham, Ms. Sidebottom, and Mr. Henn. 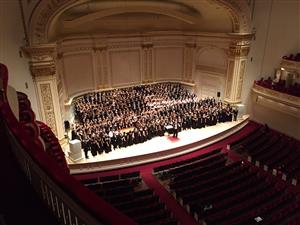 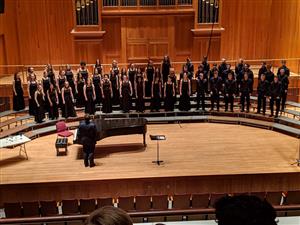