Staging an Opera for the 2021 Amherst Operetta 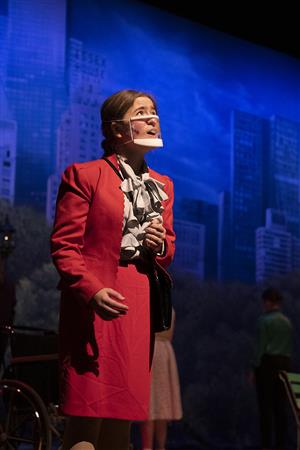 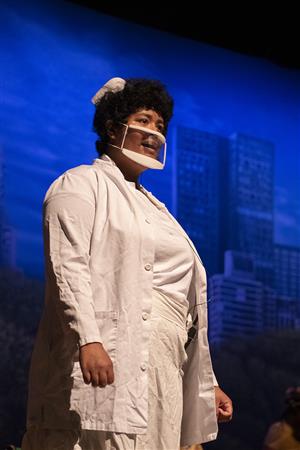 In lieu of the annual traditional "big musical," the Amherst Operetta will produce Strawberry Fields, a virtuosic one-act opera by American composer, Michael Torke, libretto by Buffalo's own A.R. Gurney.  The opera was originally produced at the Glimmerglass Festival Opera, Cooperstown, NY, in 1999.

Justin Pomietlarz, Director of Choral Activities at Amherst Central High School, who also serves as Music Director and Producer of the Amherst Operetta Association which produces Amherst's annual musical production, was truly inspired by the piece when he saw a production of Strawberry Fields back in 2011 at SUNY Fredonia.

“With COVID seemingly running the show these days, I was looking for a smaller scale piece of theater with limited set and costume requirements and provided ample opportunity to feature the extremely talented group of senior vocalists and instrumentalists that we are fortunate to possess at Amherst,” said Pomietlarz. “Rather than pick from the myriad of run-of-the-mill musicals, I wanted to really challenge the students artistically, musically, and emotionally and this piece met all three of those requirements.” 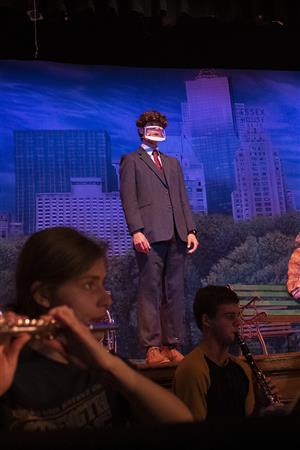 The cast, crew and orchestra numbers 40 students at Amherst Central High School. The orchestra is directed by Matthew Pendrak, Director of Orchestral Activities.

Though the school has been given permission to air two live performances for parents, the actual "performance" of the piece will be released on video Friday June 11.

Noted Buffalo cinematographer, Jim Panzerella (JPV Video productions) will be filming the work in movie-format style with the students actually singing, rather than pre-recording audio like so many other schools have been forced to do after picking large-scale musicals that couldn't really be produced properly with the myriad of CDC protocols in effect.

Pomietlarz goes on to say: “This has been a fantastic journey this semester. Seeing these young people rise to this operatic piece of theatre and music has been truly inspiring. I've been touched by the students' mature and insightful commentary detailing how they are connecting the story to our current lives - not just coping with aspects of dying, but to the loss of "life" as we traditionally know it, pre-covid.  They've also been inspired by the uplifting message, and chose the quote, "Music is the magnet that brings us together" to adorn the back of their company sweatshirts.”

A replica of the IMAGINE mosaic that adorns the Lennon Memorial at Strawberry Fields in Central Park was created by senior Stephanie Frobel and Kiersten Roetzer, ACHS' Director of Bands and her husband. It will be mounted to the stage.
Freshman Olivia Griffo created the design for the Operetta poster.

Lisa Ludwig, Executive Director of Buffalo's Shakespeare in Delaware Park and a noted Buffalo actress, has worked staging many productions for the school and has found a way to creatively stage the piece following CDC guidance.  Two friends of Pomietlarz who are both San Francisco Opera singers/MetOpera competition winners (who are hunkered down in Buffalo because of covid) have been assisting with vocal coaching.  They are Sarah Cambidge and Kyle van Schoonhoven. 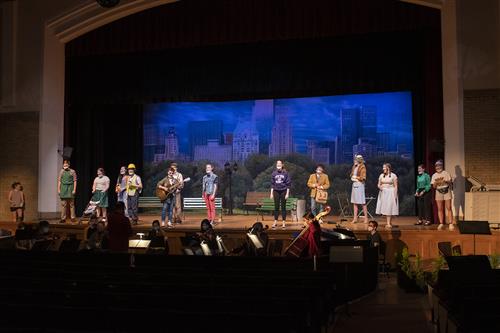 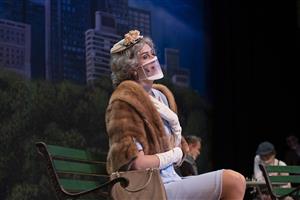