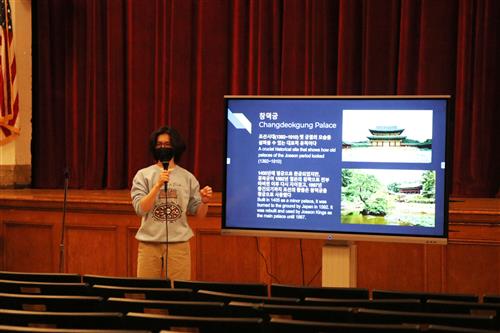 Eight students at Amherst Central High School earned the New York State Seal of Biliteracy (NYSSB) for attaining a high level of proficiency in listening, speaking, reading, and writing in one or more languages, in addition to English.

The students enrolled in the program and worked with a mentor to develop the language skills to present a culminating research project to family, teachers and their mentors in the second language.

The following students earned the seal:

Assistant principal Nancy Ables thanked the parents in attendance, several of whom had taught their children the language. Other students worked with the high school language teachers or their mentor.

Pictured are Daniel Knapp and Ha Lin (Blair) Kim who both narrated their presentation in Korean. 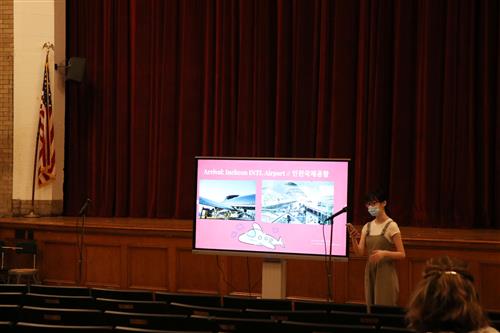