“After a rigorous year-long application process, this great distinction is directly supported by our Strategic Plan,” said Daniel Lewis, principal. “There were many faculty and parents who were instrumental in the development of our application."

Smallwood Drive is one of 87 schools and 3 districts in 18 states designated as State Schools of Character for 2019.

Smallwood’s character education program uses a multi-faceted approach with programming delivered in classrooms by the school psychologist and school social worker. The Second Step program for students in grades K-2 encourages students to explore and identify their feelings to practice empathy, coping strategies and problem-solving skills. In grades 3-5, the Steps to Respect Program: A Bully Prevention Program, students learn skills to help them build friendships, manage conflicts and recognize and report bullying.

Schoolwide at Smallwood, the values of the month are built into classroom learning and students “caught” demonstrating the character trait of the month are recognized with a Tiger Paw certificate. Morning TV announcements reinforces the monthly trait.

The PAWS in Our School is a behavior plan used in each classroom, as well as in the hallways, bathrooms, cafeteria, bus, playground and after school program, to provide students with clear rules throughout their day. The plan has four main focus areas of Practice being a friend, Always be respectful, Work to learn and grow, Safety first.

Introduced this year is a new initiative of Mindfulness which teaches all Smallwood Drive students about social, emotional and mental health awareness, as well as skills involving emotional self-regulation. Through the use of a puppet named Roary who is featured in weekly videos where he experiences different emotions, students start to learn different mindfulness techniques to calm themselves. Teachers can play the videos at any point during the day in their classrooms to reinforce a technique.

Another tool in the mindfulness program is the “Pause Box,” which is filled with short activities for students to perform when they’re having a challenging time and need a few minutes to redirect their thoughts and self-regulate their emotions. The “Tiger Breath” – a deep breathing technique – is a skill that students are being taught to use to handle tougher situations such as right before a test. 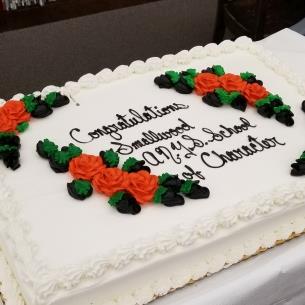 State Schools of Character are selected by Character.org, a national advocate and leader in character education, for demonstrating a dedicated focus on character development that has a true positive impact on academic achievement, student behavior, and school climate. In Schools of Character, adults embrace their critical role as models. Teachers work together as professionals — and with parents and community members as partners — to positively shape the social, emotional, and character development of the young people entrusted to them each day. Students in these schools feel safe, respected, and connected to those around them, allowing them to thrive academically and socially and be motivated to give back to their communities.

Since its inception, Character.org has recognized more than 565 schools with the distinction of State School of Character. Criteria for the designation are based on Character.org’s 11 Principles of Effective Character Education, which includes providing students with opportunities for moral action, fostering shared leadership and engaging families and communities as partners in character-building efforts. 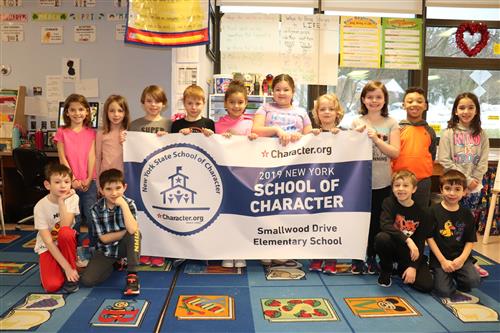