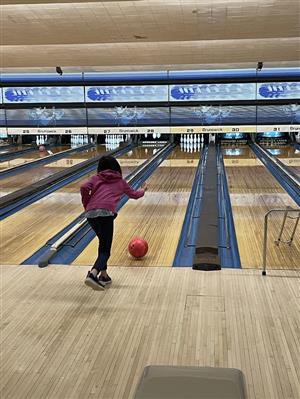 English is not the native language for the students in the ENL club at Windermere Boulevard, so through activities, crafts and field trips, they start to learn English words and phrases and even background about some topics they may never have heard about.

Each Tuesday and Thursday since January, they have met to do fun activities to learn more about each other and the English language. ENL stands for English as a New Language and the club was created years ago. Its goal is to increase vocabulary and schema and allow students to feel safe to take chances using the new language to make connections with new friends at Windermere. Club advisors Ginny Brown-Cerasani and Melissa Dell’Amore say the club also helps strengthen the home-school connection with parents.

“We support the English language learner to give them language exposure and fun activities in a group setting,” said Ms. Dell’Amore.

Many of the students had never heard of bowling. So the club took a field trip to a bowling alley.

Before they went, students watched videos on how to bowl and learned vocabulary associated with the sport such as  bowl, lane, strike, spare, and ball. They practiced using the hand motions of throwing a ball down the lane. They even practiced at school in the hallways with large inflatable bowling pins and balls.

“We specifically chose field trips that were not on the yearly field trip list for Windermere so students would not be attending double trips,” said Ms. Brown-Cerasani. “We wanted students to have experiences outside of their normal schema.”

“They walked out with huge smiles on their faces feeling loved and accepted,” she said. “They looked so happy. It’s a really fun club.”

On Tuesdays, kindergarten to second graders meet and on Thursdays, students in grades 3, 4, and 5 meet.

A recent activity was the "Mannequin Challenge." The students watched a video of past students doing this challenge and then brainstormed ideas. Then they had to freeze like a mannequin, either solo or with a partner. They challenged themselves to hold the pose for up to 30 seconds as Ms. Dell’Amore videotaped them.

The first week they played a “get to know you” bingo game where students asked questions to mark off answers on their bingo sheets such as who has more than 3 siblings.The younger students had a scavenger hunt, working as a team to move around the school using clues on a card to find rooms.

The ENL club students painted rocks with positive messages and placed them around Windermere for other students to find. Many did not know what a tie-dye shirt was so the club made shirts and will wear them on the next field trip. They are working on an art project to give to their parents.

Also planned is a science and STEM activity where students will work together to use specific materials to build the tallest tower that will hold a golf ball for two minutes. The younger students will participate in a vocabulary-packed sensory challenge using various household items to play a guessing game. Also planned are Minute-to-Win It games, where students will use their social skills and strategize with their teammates on how to best complete a task in under a minute.

The club runs through the last week in April and they will celebrate with a pizza party and movie. 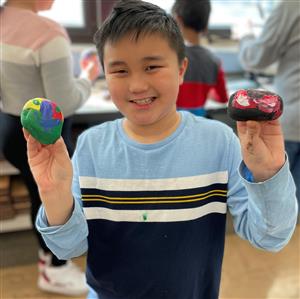 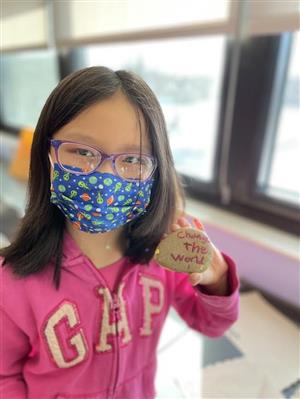