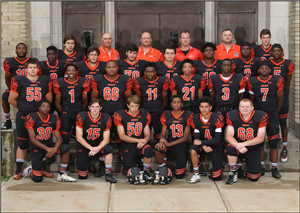 Bitka was named to this year’s Amherst Bee All-Bee First Offensive Team. He was honored for his strong play as Amherst’s starting center because his blocking skills, which sent many opposing linemen straight into the ground, were some of the best in Western New York this season. 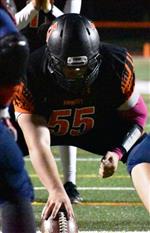 The fall season isn’t the only place that Bitka has shined, however, as his work ethic during the offseason is rivaled by few. The junior spent much of his own time watching film and putting in extra work snapping the ball.

“He just has a tremendous work ethic, and he’s so football smart that he can come off the field and give our coaching staff a lot of great feedback on what the other team is doing across the line from him,” said Jason Beckman, head coach for Amherst Varsity Football. 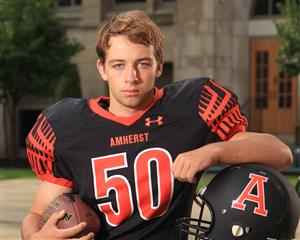 Amherst finished this year’s football schedule with a 4-4 overall record and a 1-4 mark in Section 6, Class A3.