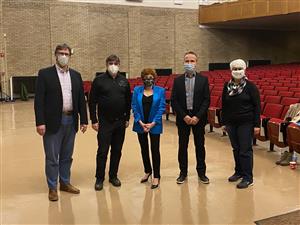 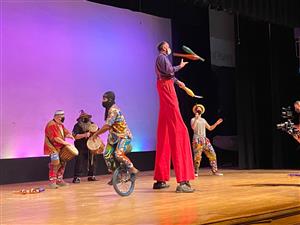 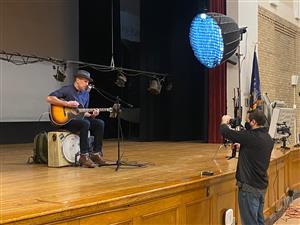 Veteran Broadway and film actress Cheryl Stern (class of '74) returned "home" to the Theodore Masterson Auditorium of Amherst Central High School to film with a number of local artists as part of "From Buffalo to Broadway: Waiting in the Wings," a program sponsored by "Made in Buffalo" and the Jewish Federation of Buffalo.

After subsequent filming in New York, the program will air in Buffalo on April 25 at 7:30 p.m. Ms. Stern has an impressive theatrical career. Read her bio and reserve tickets for the virtual show. Pictured are Western New York artists that will be featured on the program, including Big J Blues, Saranaide, Sly Boots Circus, Nancy Fernandez, and Devi Bollywood. 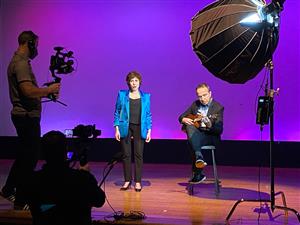 Special thank you to Concert Choir Cohort 2 for preparing the stage and auditorium, and Owen Grubb '21 and Grace Jamieson '21 for their technical assistance throughout the day's filming.